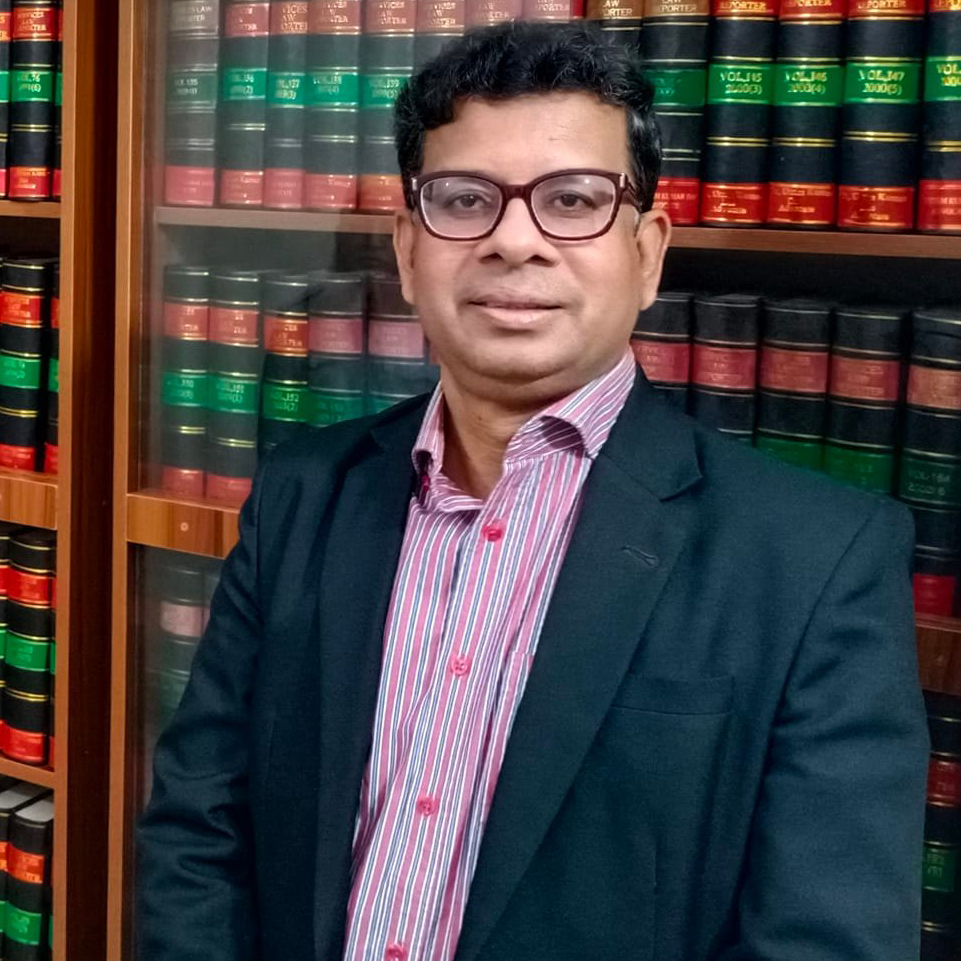 Dr. Uttam Kumar Das is a highly qualified lawyer and mediator with expertise on human rights law, international labour standards (ILS), service matters, and employment and labour laws of Bangladesh. He has a prolific career of more than two decades, including 14 years in the international civil service. His immediate past affiliation included as the Senior National Adviser (Programme Officer) on social dialogue and industrial relations for the International Labour Organization (ILO) in Bangladesh (from 01 August 2016 to 18 December 2019). He has been enrolled as an Advocate (Attorney) in the Honorable High Court Division, Supreme Court of Bangladesh since 2007. He does regularly appear at the Labour Courts in Dhaka as well to represent or defend respective clients.

Dr. Das has been a trainer on labour laws, mediation and negotiation skills. He has been contracted and commissioned by the Gap Inc. (through the Better Work Programme of ILO), SNV Netherlands Development Organization, Manusher Jonno Foundation (MJF), Madcines du Monde (MDF), Danish Refugee Council (DRC) etc. He heads the law chamber- Dr. Uttam Kumar Das & Associates, which has specialization on employment and labour matters.

Alongside being in regular law practices, Dr. Das, who is a Fulbright Humphrey Fellow, has been engaged on consultancy and advisory works related to development of policies and procedures to prevent sexual harassment and violence at workplaces (in line with the ILO Convention 190 and the Guidelines from the Honourable High Court Division, 2009).